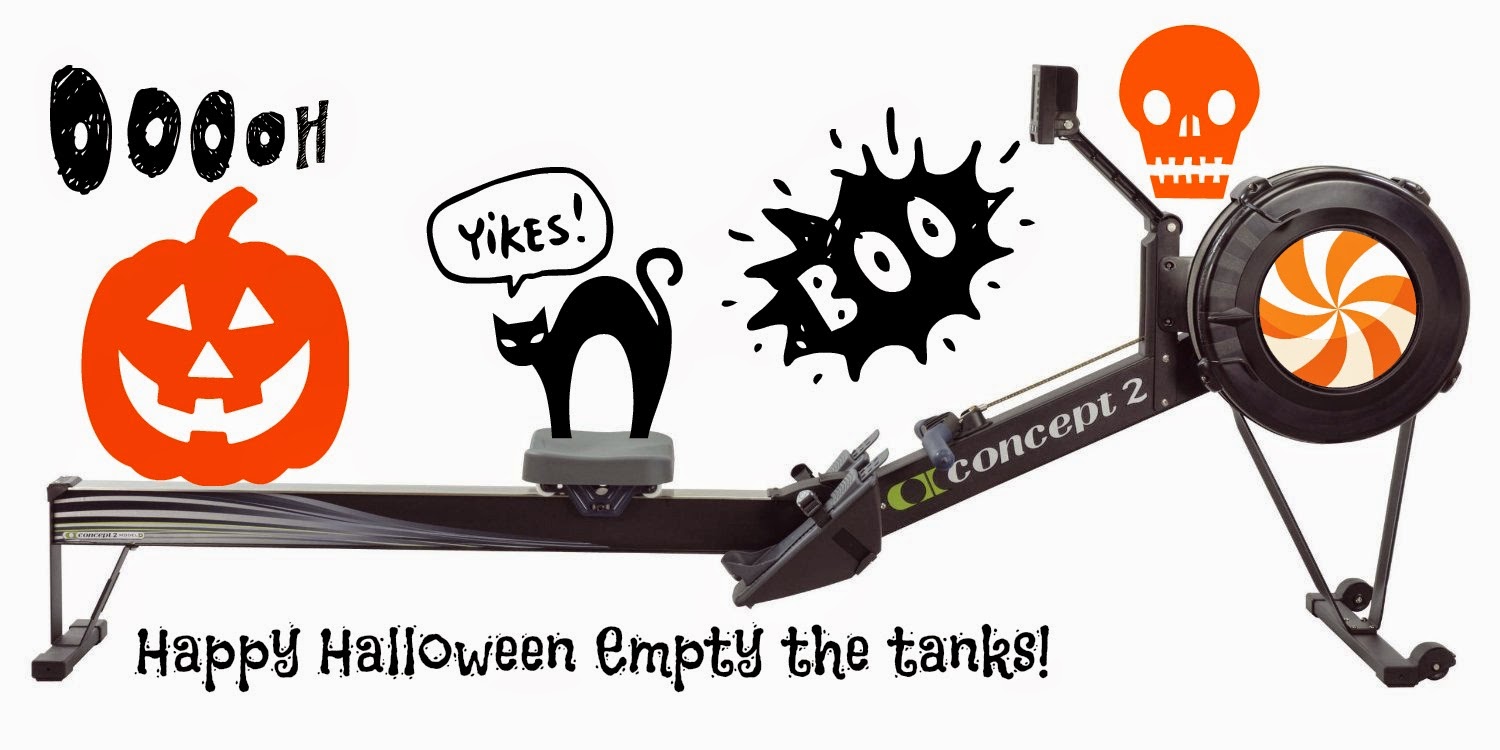 Happy Halloween ETT'ers.
I used to be a werewolf but I'm alright noooooowwwwwwwhh!!!! It's my favourite seasonal joke!

We have one boat floated in this months scary Rugby test with a sting Cross Team Challenge. We had some awesome entries from Ken, Jonathan, Mark, Rob and Karyn in boat one. I am a bit lonely in boat two that didn't make it into the rankings. Better luck for the November CTC!?

The November (or should it be re-named Rowvember) Challenge has been set by Sub 7 and its the rather complex sessions as follows:

The Sub 7 Triple 7 Up or Down Ladder: November CTC

First rep from a standing start. Subsequent reps can be from either a standing or rolling start.

This can be done as a continuous 3108m row for the folks that don't like intervals.

We want to allow the option of working up the ladder from the bottom. So, essentially, the session can be a choice between the one we've proposed

It gives folks the choice of which end they start from, and hopefully makes it interesting!?
Posted by Caroline at 19:26 No comments:

You have until the 18th to upload any remaining metres..... but we are currently in 10th position with over 9 million metres which is extremely impressive stuff! Excellent work team mates.

I will do a full write up at the weekend. In the meantime enjoy some well deserved rest... not too much for those ETT'ers who are contemplating the BIRC in February. I will discuss training programmes next week.
Posted by Caroline at 22:44 1 comment:

Wow. This competition is hotting up. With only four more days to play we are still in the top ten and are very close to Team NAS Pensacola (we have battled with these guys before) with only 700k in it. when you consider that they have 636 team members against our 46 team mates we are doing pretty good!

We are still holding onto second place in the virtual teams with 21-50 members!

Have you got any FTC firsts to share?
Have you rowed more metres than ever before / hit a new goal / improved on a distance or timed piece? If so I would love to hear from you so I can share the news with fellow team mates.

We are moving towards the final straight of the competition and we have made excellent progress during this year's Fall Team Challenge.

We are still in the top ten out of 290 world-wide teams.

We are in second place in virtual teams with 21-50 members which is brilliant stuff!

If you have been wondering where our very own Estonian Erg master Rainer has been during this competition he e-mailed me to let me know what he has been up to:

He has been rowing with his erg-mate Rait and are attempting to erg a new one million metres tandem world record in January 2015.

They are hoping to achieve two world records during this event;


Rainer says that "Some people say we are crazy; but life is too short and there is no reason not to try extraordinary things :)"

Hear, hear Rainer and good luck on behalf of all ETT'ers!

Posted by Caroline at 20:20 No comments:

We are holding on strong to our top ten position with over 5 million metres in the bank!

Keep up the fantastic work team. We are nearing the half-way point of the challenge so erg hard and erg strong.
Posted by Caroline at 19:08 4 comments: