Wishing you all a ghoulish and gruesome halloween this year!

I have spent most of the week looking like the undead after a hard-core bought of intensive DIY. Removing a ceiling is VERY dusty work giving me attractive grey-hued dusty hair, blood-shot eyes and general cuts and grazes on my hands. Luckily the worst of it has been completed today - tomorrow RIP-ping up a wooden floor!

Check out this cool little video interview with Matthew Pinsent.
Posted by Caroline at 19:06 No comments:

Although the FTC 2013 finished on Tuesday it seems like ages ago now! I thought you might like to look at a few statistics and data analysis from the challenge.

We had a healthy sized team with 53 members which took us just into the largest team size category of 'virtual teams with 51 or more members'. In this category we achieved 8th place out of 15 teams.

This is an excellent finishing place as you can see that we are definitely pulling our weight with these big teams! If you ranked us by average metres per team member we would be in 3rd place!

As for the final position in the overall rankings, we achieved 9th place out of 268 teams. We rowed 8,096,956 metres which is our best cumulative result in fifteen C2 competitions. 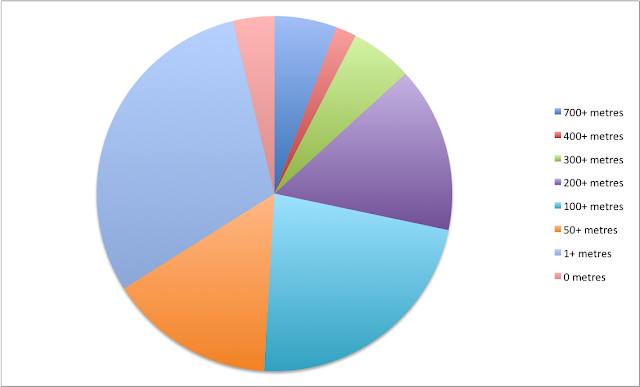 Wow. We have definitely rowed our socks off this during this challenge finishing (at this moment in time) in 9th place out of 268 world-wide teams.

We achieved our goal of going for a top ten position and have almost hit our all time metre tally from the FTC 2010 of over 8 million metres - we are only about 70k away of achieving a team PB!!

I will blog about the extremely impressive individual achievements at the weekend. A massive thank you to everybody who has contributed metres; for those injured ETT'ers, thank you for your enthusiastic encouragement and support during your convalescence.

Although I haven't had a chance to blog everyday due to work commitments I really appreciate the comments, page views and genuine support from everybody in ETT.

Thanks everybody for such a brilliant competition! Back for more of the same on the 1st January 2014!? In the meantime go and have some fun / rest / both!! (delete which ever is most applicable). 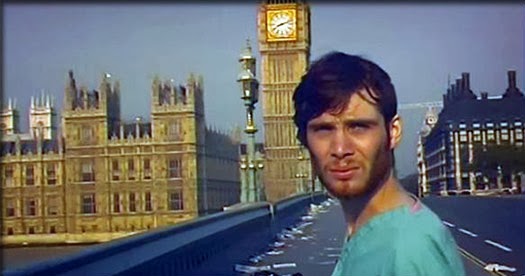 You might well be feeling like a zombie after four weeks of continuous erging but on the positive side we are nearing the end of the 2013 Fall Team Challenge with only three more days to make a difference!

I have been so impressed by the dedication and commitment from all participating members of the team during this challenge and have enjoyed the banter and encouragement from you on the blog and Facebook.

In numbers we have rowed an average of 250k a day; so with that in mind we should hopefully reach around 7,700,000 metres by the close of competition on Tuesday 15th October.

Are you planning on any extra metres / special erg session for the finale of the FTC 2013?
I am going to stick to several short mid-distance intervals this weekend to boost my metres.

Do any team mates in the top ten have any tips they would like to share as to how they are pulling in such big numbers?

We are in the final week of competition and we are still holding onto 9th place. We had better not get complacent because our favourite 250+ strong Navy team are only 160k behind us.

We have got some knock out numbers from our hardcore ergers! As a team we have reached over 5,500,000 metres which has firmly placed us in 9th position out of 267 teams.

Keep rowing hard folks we are in the finishing straight.....

Wow! Great news ETT'ers we have two boats floated in the points rankings in the first week of the October Cross Team Challenge. Ten team mates have entered a time for the 3861 metres set by Forum Flyers.

Let's make this month count and get four more boats floated to set a new ETT record - we can do it!

Posted by Caroline at 20:23 No comments:

Yahoo! We have moved into 9th place in the FTC rankings with 400k on the team below us which happens to be our US Navy friends at Team NAS Pensacola!

A great start to the final stretch of the competition and let's hope we can maintain 9th place for the next 9 days.

Congratulations to the following team mates for such dedication to the challenge:

We have made a brilliant start to this month's Cross Team Challenge with the first boat in second position in the points rankings.

Bouke, Mark K, Rob D, Diggy, Maeve and Dave B have all rowed the 3861 metres required for this challenge - great stuff folks.
I will join you tomorrow and hope we can get boat two floated next week.

Posted by Caroline at 18:37 No comments:

We are closing in on the third week of competition and we have had a fantastic run (row) of things over the past twenty days.

16 team mates have rowed triple digit metres with some guys at the top of the team putting in some impressive numbers.

We need to say a big thank you to the rest of the ETT'ers who put in metres everyday - we wouldn't be in the top ten if it wasn't for your contribution to the teams total metres too! 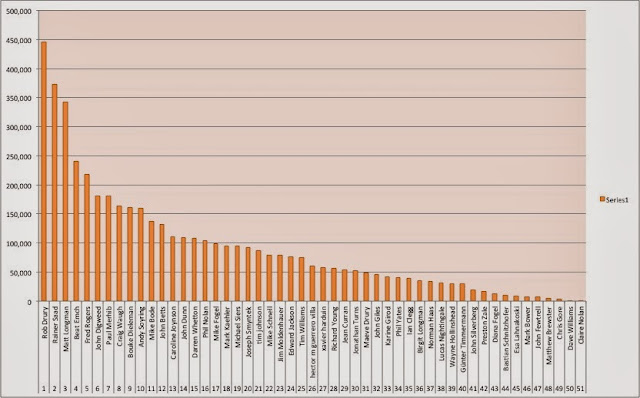 WOOAhhh!! We have shot straight past Team NAS into 9th place today which is fantastic news. Nice work ETT'ers.

We are about 300k ahead of the Navy ergers but as we know with all team competitions things could change... so keep on rowing strong.

Here is an overview of individual contributions - with our stronghold of Rob, Matt and Rainer in the top three slots and eleven team mates in the 100k or 200k club already!

We have maintained our top ten slot over the past two days and have clocked up nearly 4 million metres between us! Not bad going for a team that only has 53 members rowing their socks off!

Keep up the awesome work ETT'ers and as usual will do a more detailed analysis of our progress this weekend.

Posted by Caroline at 21:57 No comments:

Its that time again where we motivate ourselves to get involved in more individual monthly challenges.

Last month saw us float two boats into the rankings for the September Cross Team Challenge with three partially filled boats due to the lack of either female or lightweight rowers. We had a great ETT presence on the leader board and for future CTC's we now need to co-ordinate the combination of rowers to ensure we float more boats into the points rankings this month.

Well done to those who took part, here are the final standings for the1k session:

The October Challenge is the 100th CTC and has been set by the Forum Flyers in memory of one of their team mates Gaye McOnie. The October session is an unrestricted 3861 metres that represents 1% of Gaye's lifetime metres.

The ETT Mini-League results for the Challenge Series after round one is as follows: