Still in 12th position and we have rowed past the 4 million mark with 4,160,640 metres.
We have been joined by team mate Jude just before the deadline for signing members up - great stuff Jude.
Posted by Caroline at 22:35 No comments:

3,563,763 metres into the challenge and we are still in 12th position. Week 3 is always a tricky number - we are feeling tired after 2 weeks of toil, but now is the time to step up to the plate and unleash the beast (in other words, give it all you've got). A top ten position is still tantalizingly close!
Posted by Caroline at 21:02 No comments:

We are still holding strong onto 12th position with 3,382,943 metres.
44 members of Empty the Tanks have signed up for the World Rowing Challenge and have been rowing really hard every day for the past 2 weeks - keep up the momentum as we move into week 3!
Posted by Caroline at 21:12 1 comment:

We have shot past the 3 million metres mark; we have all contributed to an impressive 3,129,135 metres in 13 days. We are still holding strong to our 12th position out of 216 teams.
Posted by Caroline at 20:34 No comments:

Watch out for the inmates from the Albion Correctional Facility - it seems the 10 'students' are spending their whole day on the C2. They have rowed an average of nearly 500k each so far and have jumped up to 4th place (they were in 12th place yesterday).
Posted by Caroline at 19:28 5 comments:

The following team mates have rowed either 5k or 10k every day for the first 25 days of March:

Posted by Caroline at 06:49 No comments:

We have slipped to 11th position on the 10th day of the competition with 2,375,845 metres.
Nearly half the team have each contributed over 50,000 metres!
Excellent work Empty the Tank team mates - we can get back in the top ten tomorrow.
Posted by Caroline at 20:13 No comments: 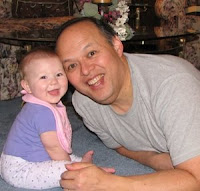 Preston was selected for the March Madness 10k winner last week - Congratulations from everybody at Empty the Tanks!

Follow the link here to find out more information:

http://www.concept2.com/us/motivation/challenges/individual/marchmadness_winners10.asp
Posted by Caroline at 19:28 No comments:

Posted by Caroline at 21:56 No comments:

We have hit the 2 million metres mark and we have moved up to 11th position with a total of 2,059,775 metres - Yahooooooo
Keep up the fantastic work team mates. A special mention must go to Karri, Steve and Todor who have all rowed over 100k and Mark is still storming away with over 230k.
Dan is dangerously close to 100k with 95k - maybe tomorrow Dan!
Posted by Caroline at 18:20 2 comments: 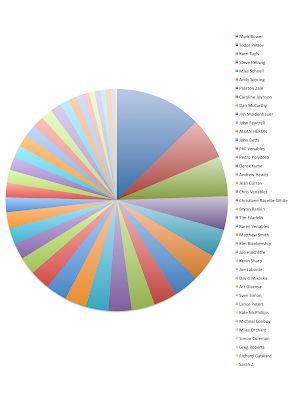 After the strong start to the competition we have continued to work hard in week 2.
We have jumped back up to 12th position (after slipping to 13th yesterday evening) with 1,786,945 metres.

The good news is we are currently enjoying 2nd place status when we compare ourselves with similar sized virtual clubs (21-50 members).

You can see the proportion of your rowing contributions on the pie chart. Click on the chart to get a larger view of the image. 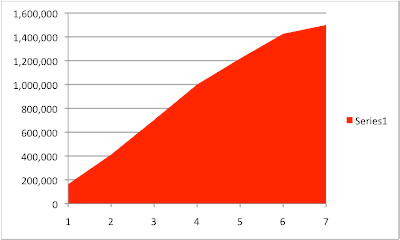 We have put in an impressive amount of metres in 7 days - well done team!
Mark has challenged himself to row a million metres during the WRC, Steve has reached his one million season metres and Caroline is aiming for two million metres this season.

Unfortunately, we have dropped to 12th position after the enjoyment of a top 10 position for 5 days. We have rowed a massive total of 1,500,312 metres!
See the graph for the daily breakdown.
Posted by Caroline at 15:54 2 comments:

Excellent work team, we have settled into 8th position on the 2nd day.
We have been joined by a new team mate too - a big welcome to Karri. 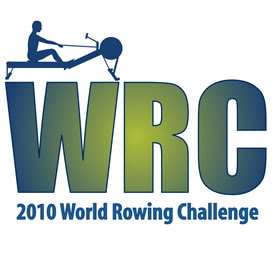 Give your loved ones a big hug. Kiss family and friends good-bye, because for the next 32 days you will be stuck on the C2 rowing your heart out for the WRC2010.

We have 37 team mates signed up for the event (including new team mate, Andrew) and our mission for the WRC2010 is a top ten position.
We can do it team, all you need to do is "Empty the Tanks"!

We are currently in 6th position out of 151 teams with Mark B heading up pole position with 30,000 metres.
Today's contributors are:

We have been joined by more rowers:

Jason, Mike M, Bryan and Preston all from USA!

Welcome to the team guys - give it your best shot on Monday 15th for the start of the World Rowing Challenge.
Posted by Caroline at 19:29 No comments:

Say a big hello to Pedro from Brazil! He has also signed up for the World Rowing Challenge, great stuff.
Posted by Caroline at 21:31 No comments:

We have a new team mate from Bulgaria called Todor - welcome to Empty the Tanks.
Todor has already signed up for the World Rowing Challenge along with 20 other ETT'ers.
Posted by Caroline at 09:36 No comments: