Last day of the JVTC and 14th position

After 31 days of rowing we have settled into 14th position out of 327 teams - not bad going for 50 rowers. We have rowed an average of 151,000 metres each, but as you know by looking at the team rankings - some rowers have put in double that amount.
Keep up the momentum on the last day team, we are in the top 4% of teams!
If we collectively rowed an extra 400k today we could take the team above us? The chances are a bit slim... I'm hoping that Mike P will upload lots of metres at the last minute.
Posted by Caroline at 15:55 No comments:

I checked the results just before going to bed last night and we had moved back up to 14th position. We are 35,000 metres ahead of UK Rowers. Keep up the good work team.
Posted by Caroline at 10:28 2 comments:

Unfortunately we have slipped back down to 15th position today, UK Rowers have steamed ahead with 80,000 metres.

If you compare our team with similar virtual teams of 51+ members we are 9th out of 9.
Posted by Caroline at 22:30 1 comment:

Mark signs up for the EIRC

Mark B has signed up for the English Indoor Rowing Championships - so we have a 7 strong team for Manchester.

Is anybody going to the World Indoor Rowing Championships in Boston USA on the 14th February?

Chris and I have entered the WIRC and have got some flights booked - if any of the USA members of the team are in the area pop along and say hello. Better still, sign up before the 29th January and race with us.
Posted by Caroline at 22:16 1 comment:

Who is going to the English Indoor Rowing Championships?

A number of Empty the Tanks team mates have been training for weeks in preparation for the EIRC at the Manchester Velodrome on the 21st February.

The following team mates will be there: Caroline, Chris, John D, Derek, Jack E and David A.

If you live near, come along to support us - Phil V may be there to co-ordinate the chanting.

We have been in 15th position for a number of days and have collectively rowed over 4,798,593 metres.

We have 2 more teams mates, which means we are now in the '51 members or more' category in the team rankings.

Shona and Tom have joined us recently and have already contributed some metres to the team totals. Well done, and welcome to Empty the Tanks. 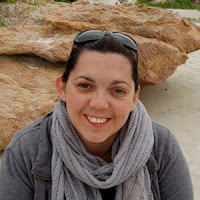 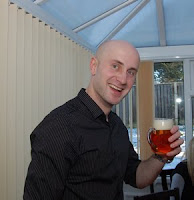 We have 3 new members to the team: Kate, Mark (having a drink) and Kevin.

They have all put in some metres for the January Virtual Team Challenge already - excellent work.

In 10 days we have rowed 2,111,459 metres and have settled into 14th position out of 305 teams.
The highlight of the competition so far was on day 2 when we achieved our highest ranking to date = 7th place!
Keep up the good work Empty the Tanks team mates.
Posted by Caroline at 15:48 No comments:

We have made excellent progress in the first 4 days of the January Virtual Team Challenge.

Keep up the hard rowing team - if we carry on at this pace, we can retain our top ten position for the next 27 days.
Posted by Caroline at 20:34 No comments:

We have been joined by 5 new team mates to help us in the January Virtual Team Challenge.
Robert, Wayne, Jacqui, Riley and Louis - welcome to Empty the Tanks.
Posted by Caroline at 20:16 No comments:

Kick the New Year off with 1k for the January Cross Team Challenge.
Enter your best (lowest) time for 1,000 metres (1km) - there are no stroke rate restrictions.

We have already got a boat in the competition - John F has already entered a time.

To join in the fun follow the instructions at the right hand side of my blog or follow this link: http://c2ctc.com/
Posted by Caroline at 14:43 No comments:

Happy birthday to us

Empty the Tanks virtual rowing team is one year old today.
Posted by Caroline at 14:32 No comments: 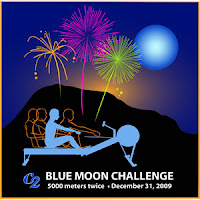 8 Empty the Tanks team mates rose to the Blue Moon Challenge on the 31st December.

To receive a certificate and a mention on the Concept 2 Honours board you had to row TWICE in one day, with each row 5,000 metres or more.