The final results for Empty the Tanks in the FRC2009 were:

Well done to everybody who contributed to the Fall Rowing Challenge. I hope you all enjoyed yourselves and will be ready to burn off the Christmas over-indulgences with the January Virtual Challenge which starts on the 1st January 2010.

There is also the British Indoor Rowing Championships on Sunday 22nd November 2009 at the National Indoor Arena in Birmingham. A number of Empty the Tanks team mates have been training for the past 11 weeks for a decent 2k time and are looking forward to the event. Members attending the BIRC so far are: Chris, Karen, Phil and Caroline.

Another challenge for the calendar is the English Indoor Rowing Championships at the Manchester Velodrome on Sunday 21st February 2010.

Maybe you would like to get involved in the 2010 World Indoor Rowing Championships in Boston, USA, although I am not sure of the date.
Posted by Caroline at 18:36 No comments:

2 Days left of the FRC

I have just checked the standings and we are still in 12th position in the competition, but it seems the real race is going on within the team. People are getting twitchy and there seems to be some interesting tactics emerging from various rowers. There is the battle at the top between Peter, John D, Sven, Mike and Chris - who knows how it will end tomorrow?
We have a late contribution of 5k from Matt S who has been in OZ for most of the competition, good one Smithy.

Deadline for uploading metres is October 18th at midnight ET.

Posted by Caroline at 21:31 No comments:

After sending out my weekly report stating that John D was at number 1, Peter rowed his way to the top spot in the team with 327,960 metres. Excellent work Peter, keep up the good work.
Posted by Caroline at 18:48 No comments:

Only 3 days to go

Still in 12th position with 3 days to play for. We have collectively reached an impressive 5,530,763 metres in 28 days.
We have until Thursday 15th October to contribute metres to the challenge.
Keep rowing strong team!
Posted by Caroline at 16:48 No comments:

5 million metres and 5 days to go

We have reached the grand total of 5 million metres - well done team.
Keep up the pace in the final 5 days of the FRC.
Still in 12th position out of 257 teams.
Posted by Caroline at 15:34 No comments: 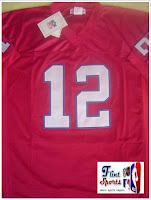 Still holding on strong to 12th position on the 24th day of the FRC with 4,642,056 metres.
12 top team mates have made great contributions over the past few days:

Keep up the great work team - only 7 more days to go.
Every metre counts.
Posted by Caroline at 18:40 No comments: 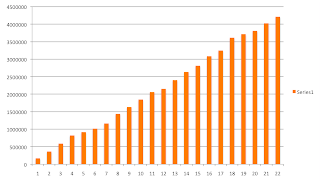 2 more rowers in the CTC

Mike and Joe have joined us in the CTC. We have now got 2 boats in the September 10k challenge, although we need 3 more rowers to get Boat 2 in the rankings.
Posted by Caroline at 22:20 No comments:

We have reached 4 million metres today and are still holding fast in 12th position out of 257 teams. We have been doing so well over the past week, but over the weekend I received news from a number of Empty the Tankers' with another spate of injuries to add to the list:
Chris O (who has just uploaded some metres today) has injured his hamstring, so will not be able to contribute any more metres to the FRC. John F's old hip injury has flared up, so is taking it a little easier over the final days of the challenge. The unlucky Mik P (who has just about recovered from Man-flu) has now injured his arm - so is finding rowing a bit difficult.
A call out goes to the remaining members of Empty the Tanks to put in some extra metres to ensure a top ten position in the final week!
Posted by Caroline at 21:18 No comments:

Boat 1 is in the CTC rankings

We have filled one boat for the October CTC 10k. We are currently in 6th position out of 21 boats.
Members who are in boat 1 are:

Hello Team mates - don't forget to upload your 10,000 metres onto the CTC site so we can continue our participation in the CTC and the FRC simultaneously.
We have 3 members in Boat 1 already, Richard, Simon and Caroline.
Follow the link to sign up or upload your metres:
http://c2ctc.com/
Posted by Caroline at 19:30 No comments:

12 is the magic number

We are still holding strong in 12th position on the 19th day of the competition. The 43 members who are contributing to the metres are working extremely hard every day. Keep up the good work team. I will do some number crunching tomorrow and pretty the blog up with some more graphs and even a pie chart (just for Gordon).
Posted by Caroline at 19:18 No comments: